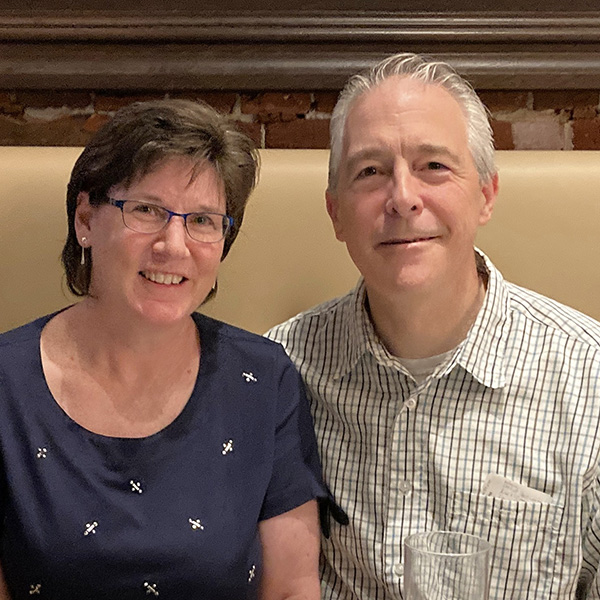 Bryan and Judy came to know Christ through their Christian families and church camp experiences, and in college were both discipled through InterVarsity Christian Fellowship. They met in Bryan’s parent’s home in Elizabethtown, PA where Judy was studying occupational therapy and Bryan was studying at medical school nearby. At Urbana national student missions conference in 1984, they together sensed God’s call to cross-cultural service. They were married in 1987, and then spent six years in Chapel Hill, NC for Bryan’s medical residency in internal medicine and pediatrics, followed by public health training.

After 2 months of immersion Spanish language training in Guatemala, they moved to Philadelphia in 1994, where Bryan took a position doing primary care and HIV care at Esperanza Health Center, a small inner-city non-profit medical ministry, where he later served as medical director. The center has grown with new sites, staff, and programs, including a medically assisted opioid addiction treatment program. In the same underserved community, Judy has worked as an occupational therapist coaching parents and working with developmentally-delayed infants and toddlers.

Bryan and Judy have two adult sons. Zachary was born in 1994, has intellectual disability, and enjoys his supported living arrangement. Michael was born and adopted in 1998. He and his girlfriend Cassidy have a beautiful daughter Leila, born in May 2022.

In Guatemala City, Bryan and Judy will be part of a street church ministry team called Sigo Vivo. Utilizing recent counseling coursework, Bryan will be working with young adults struggling with homelessness and addiction, and Judy will be providing therapy and guidance for marginalized infants, children and their mothers. Bryan will also mentor young health professionals and partner with a ministry called Centro Esdras as they share with church leaders a vision for holistic health in their congregations and communities.