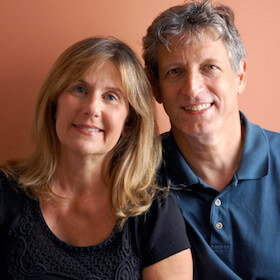 Eric first considered missions at Urbana 76, while studying Civil Engineering at the University of Cincinnati. Upon graduation in 1979, Eric pursued student ministry with InterVarsity Christian Fellowship. In 1980, he married Karen, also a graduate from the University of Cincinnati (Art Education). The Lord confirmed their call to missions through a two-month mission experience in Korea in 1982.In 1984, they moved to Philadelphia, where Eric attended Westminster Theological Seminary. It was then, as members of New Life Church, that they were introduced to Serge. It was also through New Life Church that Eric and Karen first participated in the Sonship course and were gripped by God's grace in a fresh way. In 1990, Eric and Karen applied to Serge, were accepted, and seconded to work with IFES Ireland (the InterVarsity-type movement in Ireland). In 1996, they joined the Serge Team in Dublin. The team strategy was facilitative; coming alongside Irish church planters, training and enabling them in the church planting ministries to which God had called them. In 2001, Eric became the team leader and then in 2005 the Ireland Area Director. In 2011, Eric handed off the team leader role and his Area Director responsibilities expanded to include Central and Eastern Europe. Today, he supervises Serge team leading couples in Ireland, the Czech Republic and Romania. In 2015, Eric accepted the role of interim-AD for the far east, supervising four Serge leader couples at distance.In 2017, Eric and Karen relocated to Vienna, Austria, where Eric has picked up his ministry, mentoring national church planters. Karen has blossomed using her creative, teaching and discipling gifts in leading painting workshops and personally mentoring women.

Eric and Karen have seven adult children and seven grandchildren.