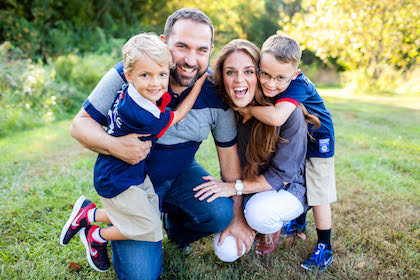 Logan, Julie, Liam, and Zeke Banks have been serving in Burundi, East Africa, since 2016. Logan is serving with Hope Africa University as a professor of Family Medicine and Obstetrics at Kibuye Hope Hospital.After graduating from A.T. Still University in 2006, Logan completed his residency at Cox Family Medicine Residency in Springfield, MO, in 2009. In 2010, he, Julie, and their first-born son Liam (then one-year-old) traveled to Tenwek Hospital in Kenya while Logan completed an International Family Medicine Fellowship through Via Christi FMR. That is where he first connected with the core team that would later become the Serge team at Kibuye. After the fellowship, Logan taught family medicine at Cox FMR for five years, also completing an Obstetrics Fellowship during this time. He still serves as adjunct faculty with Cox. After spending a year of language study in France, the Banks family arrived at Kibuye in the fall of 2016. Learn more about the Banks at www.thebanksoffshore.com. And learn more about the Serge Kibuye team at https://mccropders.blogspot.com/