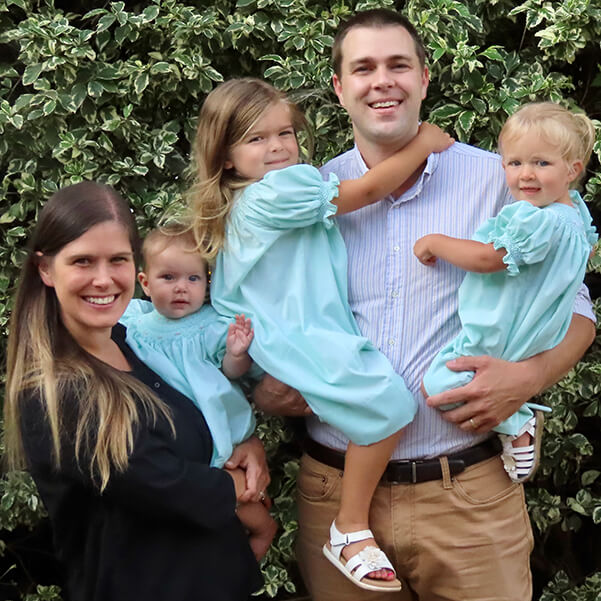 Ben was raised in Winston-Salem, North Carolina, and graduated from Greensboro College with a degree in psychology and religion. His family was heavily involved in sending several missionaries to the field as he was growing up and the Lord has put a love in his heart for the people of Africa.

Lindsey grew up in a city outside of Atlanta, Georgia, and graduated from the University of West Georgia with a degree in Early Childhood Education. With a combination of being raised in a Christian home and being exposed to international families through her teaching career, the desire to spread the gospel in a cross-cultural context grew.

Ben and Lindsey met during a short-term missions trip to the Dominican Republic in 2008 where Ben was working in sports ministry and Lindsey was serving through community outreach. They married on July 27, 2013 and settled in High Point, North Carolina where Ben worked as a personal trainer and Lindsey taught Kindergarten and First Grade.

With mutual interest in cross-cultural missions and propelled by God's love for people, Ben and Lindsey joined the Serge Nairobi team in 2017. They now help train Kenyan leaders in Chronological Bible Storying as a method of discipleship and evangelism. Their family has grown since first moving to Kenya and they now have three daughters: Salem, Hallie and Savannah.