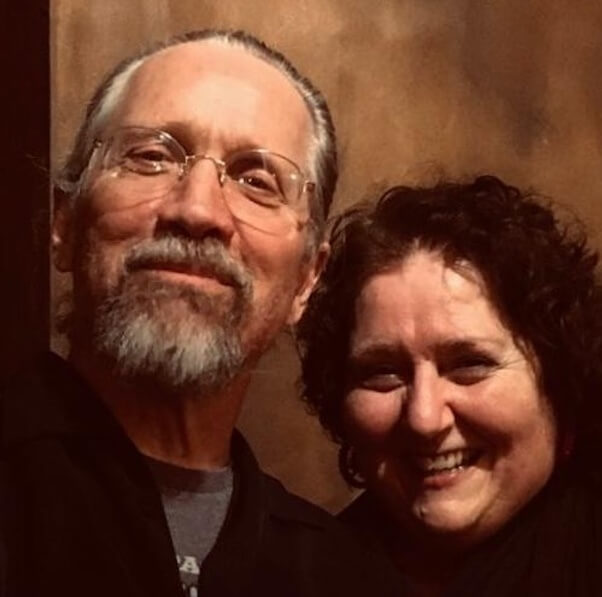 Bob and Miriam Phillips have been serving in the Netherlands with Serge (formerly called World Harvest Mission) since 1993, contributing to evangelism, church planting, leadership training, and the arts. They are now in a new season of multiplying ministry by equipping and empowering the next generation from their areas of specialization-quite an exciting opportunity!Bob and Miriam worked with Crossroads International Church of Amsterdam for more than a decade, then Serge leaders invited them to focus on training and mentoring within the Serge community.Bob leads initiatives to resource missions teams and creatives in evangelism and the arts and Miriam supports Serge leadership development training initiatives and is available to consult with team leaders and their teams. Both continue to contribute to the Gospel focus of Crossroads International Church of The Hague (a daughter church of the community in Amsterdam), their current local church context.

Being based in the Netherlands, while resourcing missionaries internationally, gives them the opportunity to continue to invest in leaders in their local missions and church-planting networks, building on the relationships built over decades.

Bob was born in Lancaster, Pennsylvania and moved with his family to Southern California at the age of 12. Miriam grew up in California and moved with her family to Pennsylvania when she was 14. (There is no evidence that they waved at each other while possibly crossing paths in the Midwest.)Bob studied in the fine arts program at Mount San Antonio College from 1968 to 1970. He later earned a BFA from Temple University's Tyler School of Art in 1982, while raising their three daughters and home-schooling. He was delighted to be able to work for 10 years as a freelance illustrator, imitating the style of Edgar Degas, specializing in the way light falls on the human face, creating drawings and paintings for book covers and magazine stories.In 1993, imitating the style of the Apostle Paul, he joined a World Harvest Mission church-planting team in Amsterdam, the Netherlands, specializing in the way the light of the gospel falls on the human heart.The family moved to Amsterdam and worked in collaboration with a network of declining Dutch Reformed Churches to encourage and to learn together about outreach to a very secular urban culture. Their assignment in the first year was to focus on approaching fluency in the Dutch language. Since then, Bob and Miriam have worn many hats in street evangelism, door to door invitations, seeker's Bible study groups, church planting, leading worship and youth groups, setting up a Sunday School program and children's outreach program, preaching in an inner-city Amsterdam homeless shelter, counseling and discipling, and networking with local churches.From 1993 to 2003, the growth of "Gemeente De Hoeksteen" (Cornerstone Fellowship) in Amsterdam Noord, one of the least churched corners of secular Holland, was an exciting, grueling experiment in church planting in a radically post-Christian context, and was used of God to bring many people to faith.But not every experiment is sustainable. Ministry anywhere, but especially in Amsterdam, involves intense spiritual opposition. Leadership burnout coupled with a transient urban congregation contributed to decline and the ending of the Cornerstone Fellowship experiment. A team disbanded. The remaining church members sent each other out with a blessing and most joined a sister congregation. The Phillipses received an invitation to serve with one of the few local church planting experiments that has survived and thrived, Crossroads International Church of Amsterdam. After much prayer and soul-searching, they decided to stay on-and a gracious new season of convergence and fruitfulness followed.In 2009, Miriam completed master's studies in international leadership development at Fuller Seminary (MAGL), and has served as a mentor, coach, and trainer to many young Dutch and international leaders among a growing network of churches and ministries in Holland and with international missionaries. for six years, she served as executive pastor at Crossroads.Bob, having followed theological studies at Westminister, at Amsterdam's Vrije Universiteit, and at Tyndale Theological Seminary, continues to serve as a mentor for a network of emerging leaders. For 14 years, he helped plan themes a year ahead for the teaching team at Crossroads, preached regularly, and led the Alpha Course. He also has led teams in Prison Alpha, mercy ministries with Serve the City street-singing and open-air evangelism, followed up with seekers, and taught a variety of equipping workshops, including "Three Story Evangelism," an apologetics course called "Reasons of the Heart," and a counseling course, "The Dynamics of Bible Change," based on content by Dr. David Powlison of CCEF.Only between 1% and 3% of the population of Amsterdam attend any church at all. The remaining churches are learning to work together, and they have helped some of the Dutch Reformed churches get linked up with World Harvest Mission and with each other, as well as with Redeemer Presbyterian Church in NYC, which has established a Redeemer City-to-City coaching network.When you move to another culture, it's almost like having an organ transplant; you either reject it or you bond with it. Bob and Miriam have bonded with the Netherlands. They sense a call to dig in and continue to serve in the worldwide work of the gospel from their current location. Their three adult daughters all live in Amsterdam and Bob and Miriam are “Grandma and Grandpa” to two much-loved grandchildren, almost grown---these factors do sweeten the deal.Please pray for the Phillips family, and for the advance of the gospel in Amsterdam and the Netherlands!