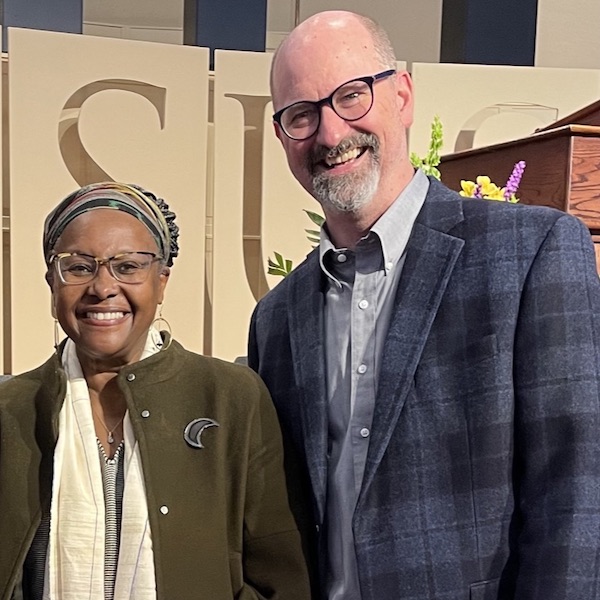 Chris was born in St. Louis and raised in the U.S. South while Josephine was born and raised in Nairobi, Kenya. They met at Covenant College and became friends while serving together as youth group leaders for New City Fellowship (PCA). They were married in 1993 and the Lord has given them two children Rahel ('97) and Kaleb ('00), plus in November of 2020, a new son-in-law, Rakeem Brown.

After seminary, the Hatches lived in Chattanooga and St. Louis where they worked in low-income, African American neighborhoods, before moving to London with Serge in 2005. After five years on the South Asian focused Southall team, they spent eight years planting New City Church in the multiethnic community of Shepherd's Bush (London).

Chris and Josephine now serve in a dual role with Serge (1) Regional Supervisor in the UK overseeing several teams, including Shepherds Bush and (2) Area Specialists for Contextualization and Culture supporting the mission and vision of Serge as a multicultural community called into cross-cultural missions. With Josephine having served in Kenya, in the US and in the UK; Chris' PhD Studies in Intercultural Studies at Trinity Evangelical Divinity School and their years of multicultural ministry together, the Hatches see the Lord's hand in leading them to these roles with Serge.