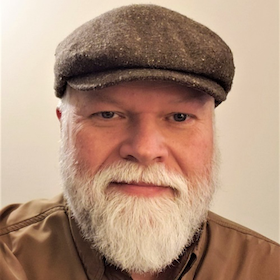 Colin was first introduced to Sonship and Serge in the fall 1993 when he experienced a “gosplosion” as he listened to Jack Miller lecture and Drew Angus pressing the good news into the deepest parts of his heart.  The gospel-centric paradigm shift that began there increasingly impacted his life and dependence on Jesus and His finished work. The following Fall, Colin was called to join the very small staff of a newly established church plant at Grace Community Church in Mills River, NC where he served for over 25 years as in various roles such as: Youth Pastor, College Pastor and Pastor of Discipleship & Equipping.

Colin was born and raised by two godly parents in Georgetown, South Carolina where Jesus first rescued and adopted him.  Being certain that God must want him to serve in missions of some kind, he pursued enrollment in Christ-centered colleges. He achieved an Associate of Science degree at Montreat College in NC, completed his Bible requirements at Columbia International University in SC and graduated from Carson-Newman College in TN. Colin worked toward an M.Div. at Reformed Theological Seminary in Charlotte, NC but stopped short of completion so he could focus all his energy in ministry at Grace.

While serving at Grace, he also continued to pursue training and ministry opportunities with Serge as a mentor and eventually a Sonship Coach, who trained other mentors. He traveled to several Sonship Week events where he served as a Sonship Mentor.

Colin’s passion for mentoring and equipping people who want to mentor others led him to begin assisting Serge in a minimally part-time capacity and finally to join the Serge Renewal Mentoring Team in January of 2020.

Colin has one son, a granddaughter and a rather large Great Pyrenes named Spurgeon.