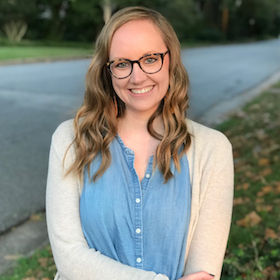 Emilie grew up in Statesville, North Carolina, and attended Presbyterian College in Clinton, South Carolina. She graduated May of 2009 with a B.A. in Christian Education and a minor in Religion.Emilie became a believer November of 2008, when the Lord radically changed her life. After graduating Emilie spent a summer in Pretoria, South Africa, where she ministered to college students. During this time the Lord began to grow her heart for college women and Africa.In 2011, while Emilie's desire was to return to Africa doors opened to disciple women at Wofford College for the next three years through a college ministry called Campus Outreach.From 2014 to present Emilie has been working at an Ophthalmology/Optometry practice as an Ophthalmic Technician. During this time the Lord has grown her heart to help people both spiritually and physically.In October 2016, Emilie went to Haiti with Rice Bowls as a short-term missions trip to confirm the call to full-time overseas missions. After Haiti, Emilie started the process with Serge and is looking forward to starting the Apprenticeship program in Nairobi, Kenya, in January 2019.