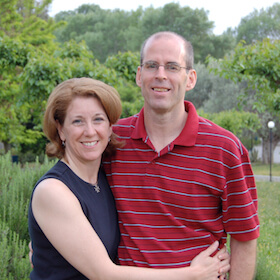 Jerry and Bonnie Kimbro both grew up in North Carolina. They attended the University of North Carolina at Chapel Hill and Wake Forest University respectively and met through their mutual friends. They were married in 1992 in Winston Salem where Bonnie had served as a marketing supporter/trainer for a life insurance company since college. They moved to Philadelphia in March 1994 when Jerry became World Harvest's Chief Financial Officer. Previously Jerry had been the CFO for 5 years at Catawba College in Salisbury, NC and 5 years in public accounting. The Kimbro's have three children Caroline (1997), Malachi (2000) and Noam (2004).