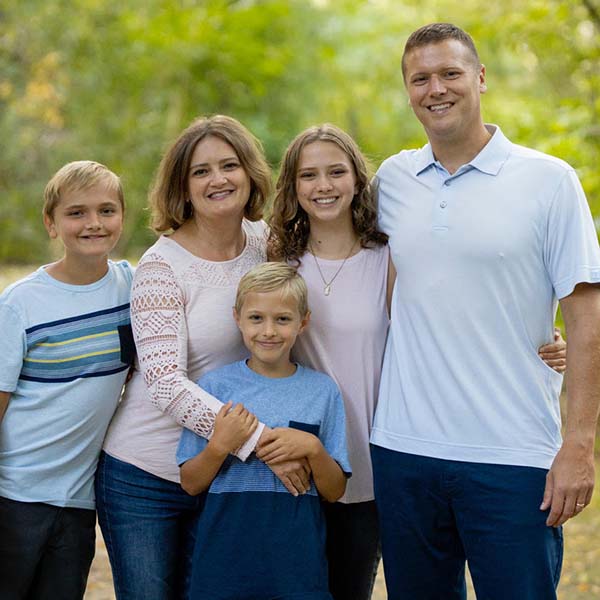 John and Jessica first met in 2nd grade in Ypsilanti, Michigan while John's family was back for a year of furlough from Togo, West Africa where they served as medical missionaries. John and Jessica's relationship can best be described as distant and cool at that time, but it didn't end there. They were reunited in high school, both with a vision for missionary service. The high school sweethearts found themselves in holy matrimony in the year 2000.John graduated from the University of Michigan with a B.S. in Biology in 2001 and continued to pursue his studies at the University of Michigan Medical School. In the same year, Jessica graduated from Eastern Michigan University with a B.S. in Secondary Math Education. While teaching high school math, she earned a Master's degree in Teaching English as a Second Language. In 2005, they moved to Philadelphia where John completed his internship at Albert Einstein Medical Center and ophthalmology residency at Wills Eye Hospital.After completing residency, John and Jessica joined World Medical Mission's Post-Residency Program. This program provided them with an opportunity to serve and to be mentored for two years (2009-2011) at Tenwek Mission Hospital in rural, southwest Kenya. They embarked on this journey with a group of two other families from their home church in Ann Arbor, Michigan. Using a portion of each family's last name, they dubbed themselves "The McCropders". After their return from Kenya, the McCropders joined Serge en masse as career missionaries. After support raising in the US and studying language in France, they arrived in Burundi in August 2013 where they have been serving at Kibuye Hope Hospital as clinical professors for Hope Africa University’s medical school. Jessica serves the team by overseeing the education of the team’s 20+ children at Kibuye Hope Academy. She is also involved in supporting our local primary school (1,500 kids) and teaches English classes to hospital staff.John opened Kibuye’s ophthalmology service in 2014. It has grown rapidly and draws on a population base of 15 million including Burundi, Eastern Congo and Western Tanzania. Given the overwhelming needs, plans are being made to construct a major regional eye care center at Kibuye which will become the headquarters of a larger eye care network, Hope Africa Eye Care. You can visit the following links to learn more! Kibuye Eye ClinicKibuye Retinoblastoma Treatment Center For more information about the team's work in Burundi, visit the team blog or the Serge team page.