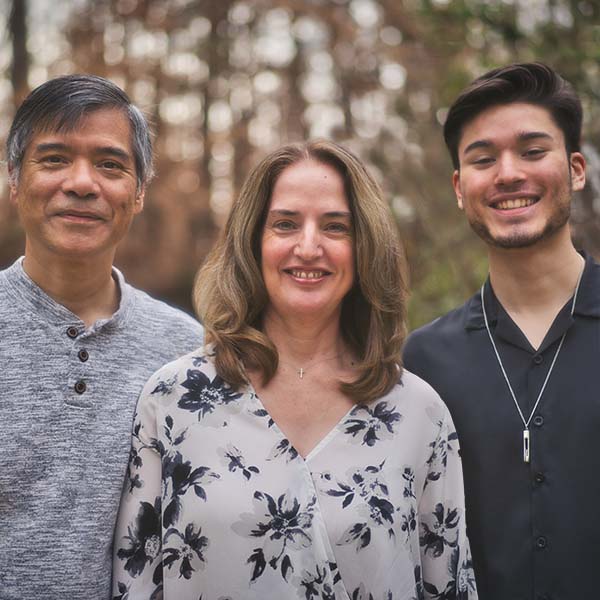 Since 1988 when they were first married, Karen and Rajah perceived a call to cross-cultural work and ministry. This has looked differently over the years. As a young family in 1997, they spent two years in West Africa with four small children in tow, co-laboring alongside Bible translators. Rajah used his gift with computers to serve the staff and translators there. Since that time, the Lord has continued to tug on their hearts to love others and serve cross-culturally sharing the gospel in different ways. Rajah loves to chat with neighbors from other countries, and Karen has taught ESL to ladies from around the world. As a family, they have often opened their home and table, serving up American, Chinese, Indian and Korean food to family and friends from many cultures.

Now that their five children are mostly grown, the Lord has opened an opportunity for them to serve in Nagoya, Japan. Their youngest son, Josh, plans to go with them. Having graduated from Reformed Theological Seminary, Charlotte in 2020. Karen hopes to use her skills in counseling and discipleship to support Japanese church planters. Rajah hopes to work as a tent-maker in his field of computers and finance, while coming alongside and supporting the local church. Together they hope to help bring the gospel to the “hard soil” of Japan.