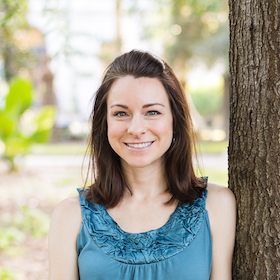 Katie Schooler [pronounced SHOE-ler] is excited to serve long-term in Japan! Of the countries that are completely open to missionaries, Japan has the lowest percentage of evangelical Christians (0.5%). This is sad news, but there is Greater News in the Gospel!Katie holds a BA in Secondary English Education from Clemson University and an EdM in School Planning and Policy from Boston University. From her studies, she's found a love for education, warm temperatures, and living in cities.On the surface, Katie's first 30 years seem rather incongruous with a call to Japan:     · Few Japanese people in her hometown of Columbia, SC    · No desire whatsoever to live overseas [until about 24 yrs old]

But actually, the Lord has been preparing her all along!

· Growth in her faith (a believer at age 13!), and her desire that the Lost know the Redeemer

· Mentoring at home in SC from a former missionary to Japan

· A love for tidiness and organization (quite necessary in Japanese culture!)

· Short-term missions in Japan (2015-'17) serving as a middle and high school English teacher and English track administrator at a small Christian international school (CCSI).Who would've thought that God would fully use Katie's enjoyment of education and administration on the other side of the globe? She's seen that in Japan, there is more demand than supply for international Christian schools, which not only serve Christian families but also reach out to non-believers in the community. So she is eager to follow God through work in international Christian education in Japan. Katie hopes to return to Japan in the spring of 2018.