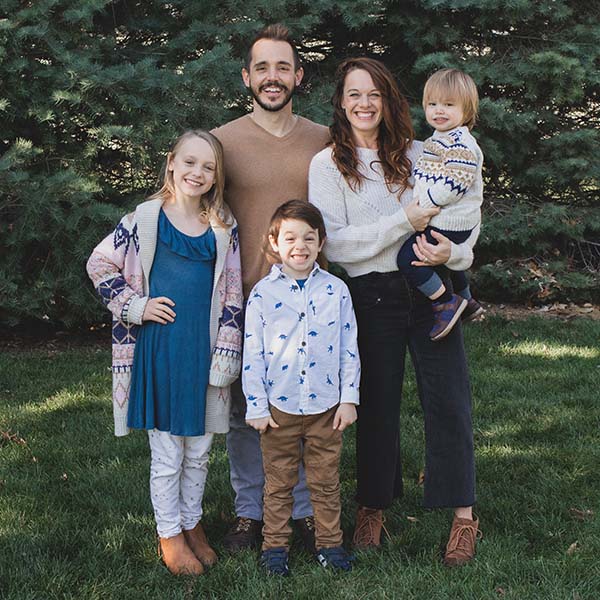 Overseas ministry has been on Matt and Nicole's hearts for as long as they can remember. Diversity in the church, cross-cultural engagement, and Jesus’ global Kingdom are passions they have held for many years. After getting married in 2008, Matt and Nicole began their pursuit of overseas ministry with Serge in 2010.

In 2013 the Lord brought them to serve as Serge Apprentices with the Shepherd’s Bush team in London. Landing on the ground with a 2 year old and 4 month old, the Lord blessed their two year term with extraordinary, difficult and transformative opportunities to serve the diverse community of Shepherd’s Bush with New City Church.

They moved back to the U.S. in 2015, and were led by the Lord to pursue further education in St. Louis, MO. Five years later, Matt completed both a Masters of Divinity and a Masters in Counseling at Covenant Theological Seminary. After all this time, overseas missions continued to be a desire in Matt and Nicole’s hearts. They look back on these long, challenging years of growth in St. Louis with grateful hearts and look ahead with hope to the calling He has for their family. They are awed by the Lord’s grace as He calls them back to the diverse community of Shepherd's Bush in a long-term capacity. The entire family goes to participate in the life of the church and community of Shepherd’s Bush, while Matt will fill the official role of Associate Pastor at New City Church.

Thank you for partnering with them on this journey to serve long-term with the UK-Shepherd’s Bush team.