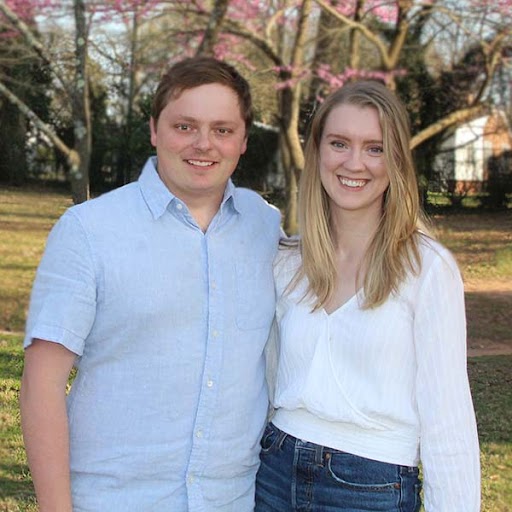 Matt and Anna met in Undergrad at Christopher Newport University through mutual friends in 2013. They were both heavily involved in the Reformed University Fellowship and upon graduation in December 2015 Matt became an RUF intern at Boise State University in Idaho, while Anna earned her Masters in Public Health at Virginia Tech. Two years later, they got married in Virginia Beach before moving to Charlotte, North Carolina in August for Matt to begin a Masters of Divinity at Reformed Theological Seminary. Anna grew up in a military family and moved around frequently, including eight years in Germany over the course of her elementary school years. Though she has not lived abroad since, she has always been eager to move abroad. Matt grew up in Virginia Beach, Virginia where the bulk of his family still is. Ever since his time in Idaho, Matt has had his eyes on living and doing ministry in a place where the gospel is not widespread. They are excited to be joining the team at Faith Community Church in Prague, Czech Republic. They are eager to witness what God is doing and will continue to do in the city and use their gifts to serve as the Lord leads them.