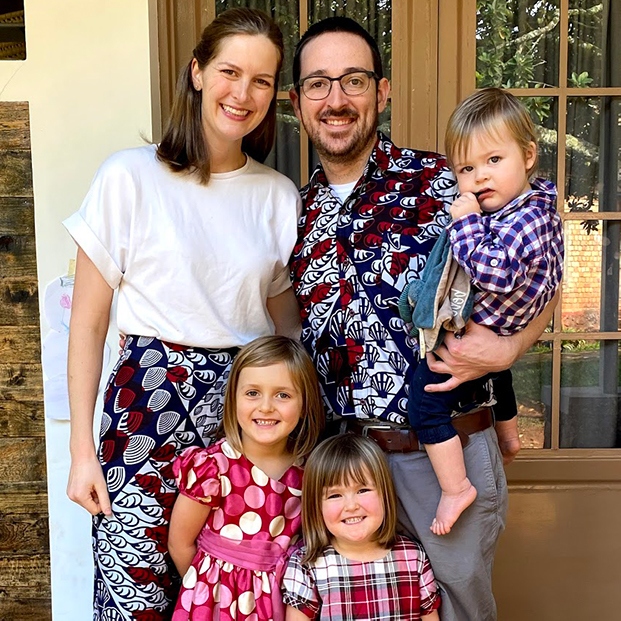 Michael was born in Niger as an MK and moved back to the States when he was four years old. He does consider himself a TCK as his family moved multiple times around the US during his elementary and middle school years. Jenn was born in Atlanta and lived in Georgia until moving to South Carolina to do her pediatric residency where she met Michael who was doing his surgery residency. On their second date, Michael said he felt called to be a medical missionary and that if Jenn wasn't on board, they probably should not continue dating. That was 2012 and here they are in 2021 serving overseas!

Getting to Burundi was somewhat round-about. Originally SIM missionaries, they were supposed to move to Cameroon in 2018. Due to violence in that country, they decided to attend language school in Massy, France. While there, it became more evident that Cameroon would not be an option, and they started pursuing other options. Since French was now in their tool belts, they searched for programs which were francophone and also had PAACS programs (Michael always felt called to be part of PAACS). Kibuye was an option, and after brief conversations with team leaders and Jason Fader, along with a two month vision trip in the summer of 2019, the Harlings joined the team in January 2020 as SIM missionaries seconded to Serge. They officially transitioned to Serge after their first term and are excited to continue to teach and disciple future doctors of Burundi while practicing medicine at Kibuye Hope Hospital.

Michael and Jenn have three children - Amelia, Madelyn, and Mark.