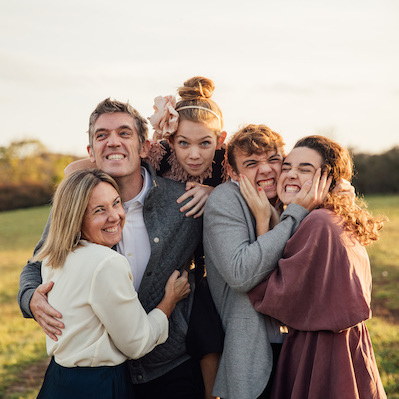 Phil and Shanna Davis joined Serge in 2003 with a heart for the young, international population of Prague, Czech Republic. Phil is originally from Richmond, Va., and Shanna grew up in the Los Angeles area.

Having met in Russia in 1997, they returned to the States to get married and for Phil to attend seminary. While in seminary, Phil joined the staff of Uptown Church in Charlotte, N.C., first as an intern and later as the assistant pastor of missions.

After graduating from Reformed Theological Seminary-Charlotte they wanted to return to Eastern Europe and build a gospel-centered community that would serve as a light in the "atheist capital of the world," as Prague has been called. Phil and Shanna led several short-term trips to Prague to understand the spiritual climate and the potential for a new church there, through which they connected with Serge.

Uptown Church partnered with Serge to actively send and support the Davis family and other members of Uptown. The initial team of tentmaking and traditional missionaries received encouragement of their former local body with the cross-cultural expertise and shepherding of the mission, uniting Serge with the local church.

The Davis family has been on the field since May, 2005, and Faith Community Church was planted in April, 2007. The initial Prague team has now grown to three Serge teams, and Faith Community Church planted their first daughter church, DoSlova (a bilingual Serge-led church), in 2017. The Davis family is seeking to now further grow a network of like-minded churches in Prague through evangelism, discipleship, and leadership development.