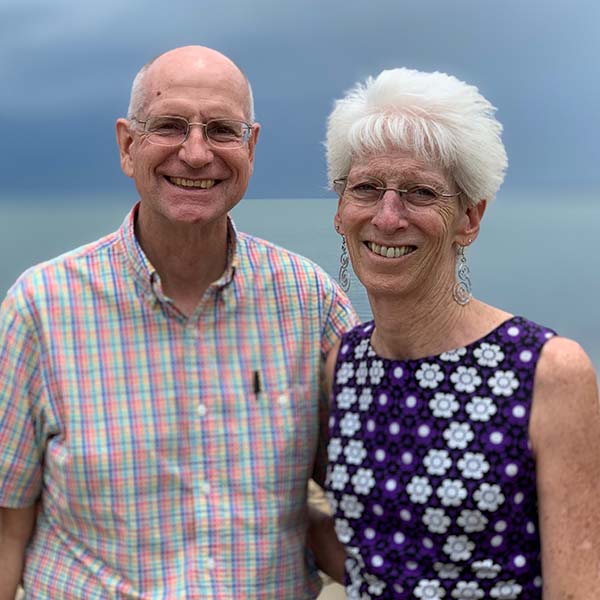 Since 2014, under Serge, Randy has been Dean of the School of Medicine at Hope Africa University (HAU) in Burundi and also provides pediatric care. Carolyn teaches English as a second language to some of the university's 5,600 students.Entering the season of empty nesting, they came to Serge to explore how their gifts and experience might be used to advance the kingdom of Jesus Christ in Africa. Randy and Carolyn have long loved Serge and its emphasis on gospel transformation and ministering from weakness. Randy even served on the board of directors of Serge from 2005-2011. However their unique skill set initially made them hard to place.Randy and Carolyn met at the University of California Santa Barbara and married in 1978 when Randy was a medical student in St. Louis. After 7 years of inner city church planting, they went to Africa for one year. Loving missions but finding that rural African general practice was not for Randy and they returned to the US where Randy's career in academic medicine took off (pediatrics and emergency medicine). Carolyn served as the kindergarten teacher at an inner city private Christian school.Randy had made several short-term trips to East Africa and consulted for the WHO in Egypt and Nigeria. In 2012, feeling a call back to Africa, but still unclear about where God could use their skills in a mission context, they went to Lilongwe, Malawi to start a program for Cincinnati Children's Hospital. During that time they learned of Serge's new work in cooperation with HAU. After a visit, they accepted a call from Serge and HAU to teach and recruit expatiate Christian faculty in disciplines for which HAU has difficulty getting qualified local faculty. They are rejoicing in finding a fit in so many ways.