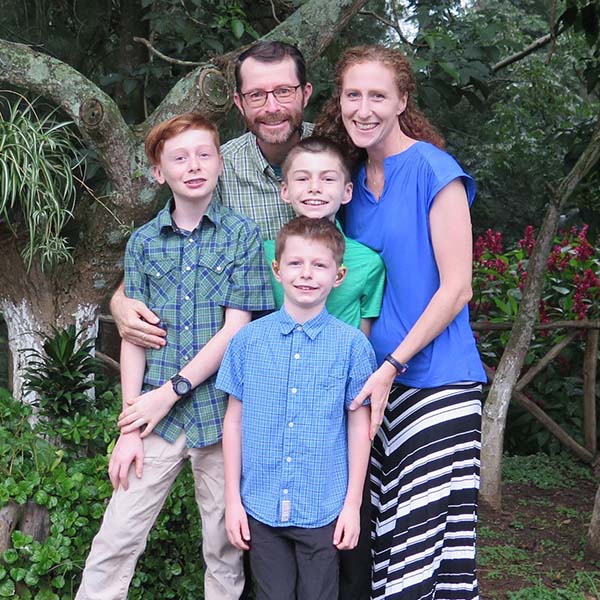 Born and raised on opposite ends of the globe (Japan and Ecuador), Esther and Rob's paths crossed in North Philadelphia while serving at Esperanza Health Center in 2004. Drawn together by their common interests, friendship sparked, dating ensued, and they were married in 2007. Three boys soon followed: Elias (2009), Samuel (2011), and Gabriel (2013). Their love for the nations led them to explore several opportunities overseas until they found a great fit with Serge opening a new field in Guatemala.

Esther is a registered nurse and lactation counselor and Rob is a physician assistant with experience in HIV care and community health promotion.

Rob and Esther are both passionate about community health development, the role of churches in promoting wholistic health, and disease prevention. Through a Guatemalan leadership organization called Centro Esdras, Rob coaches pastors and lay leaders to better integrate the Gospel in their own spiritual, emotional, and physical health and that of their congregations. Esther cares for young mothers and babies through prenatal education and lactation support in low resourced communities. As a family they worship and serve in a street church called Sigo Vivo that is welcoming to the homeless and addicted in Guatemala City. Whether they are coaching leaders, caring for young mothers, or befriending someone on the streets they gladly accept your prayers for courage to speak of how God is changing them and invite those who don’t know Jesus, or know of him theoretically, to be drawn to him as beloved sons and daughters.