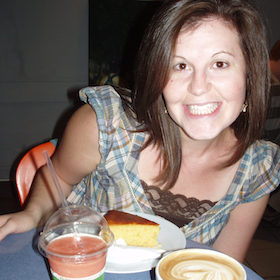 Sarah had a love for other cultures from an early age. Growing up in a military family, she had plenty of opportunities to experience new things. Throughout a life of change and transition, wrestling honestly with Jesus kept her sane, and He has continually brought healing and redemption to old wounds and new messes.When Sarah was in college, she studied abroad and traveled throughout Europe. She saw first-hand the needs of post-Christian Europe and developed a love for that area of the world. After college, Sarah spent nine months living and working in Dublin and around Ireland with the Serge Apprenticeship Program in Ireland. During her time there, God clearly revealed the passions she has both for culture and for the movement of the gospel into people's lives-to free them to receive Jesus' love and live courageously for others.Sarah returned to Orlando, Florida and began working as a Child Life Specialist. During this time, she believed that God was confirming a call into long-term mission work that had begun stirring during her time in Ireland. She then returned to Ireland full time and later transitioned with her team to London, where they continued to focus on leadership development through partnership with local church-plants and ministries for outreach. During this season, Sarah met her husband, Doug, and they married in 2012. Sinch then, Sarah has been developing a counseling practice and working on Serge's Member Care team. Her current work with Serge focuses on supporting practical resources and holistic care for the growth and sustainability of workers and teams in various regions around the world. She is based in Oviedo, Florida, where she and Doug live with their three children.