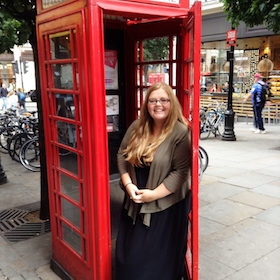 Whitney is an Alabama native and a graduate of Samford University with a degree in Religion and Congregational Studies.Since university she has had several opportunities to travel overseas. During her travels to Germany, Switzerland, Ireland and Eastern Europe she developed a love for other cultures. When the opportunity arose to take part in a year long apprenticeship with Serge she eagerly signed on.In 2013 Whitney moved to North West London to join the work of a British South Asian church plant as an apprentice. During this year God deepened her love of cultures as she worked weekly in kids clubs, parent toddler groups, and volunteered at a local charity shop. In addition, she helped lead worship weekly, even learning some Hindi and Gujarati songs! Throughout the year as Whitney was trained and mentored she fell in love with the warmth, hospitality, and culture of her new South Asian friends. Now, Whitney is excitedly pursuing a 5 year term with Serge. She is looking forward to heading back to London by the spring of 2015!