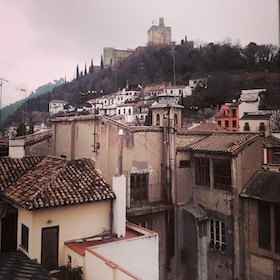 Brian and Kassie met in college, where their first conversation was about cross-cultural ministry.

After graduation, Kassie worked at a local bank and Brian taught high school English and coached. They became part of a church plant, where they heard about The Gospel-Centered Life and World Harvest Mission. As part of the church, they led a small group in their home and Brian served as a deacon.

In 2010, they joined World Harvest and arrived on the field in Spain in 2012 with their three small children. In 2013, they took on leadership of the local apprenticeship program. In 2017, they returned to the US for seminary and moved to Philadelphia where Brian began serving as Associate Director of Mission.

They’ve been back in Spain since 2021 where they serve in a local church and share the Good News of Jesus with Spaniards and immigrant neighbors in word and deed.